Watching You Watching Me: Transgender Day of Visibility 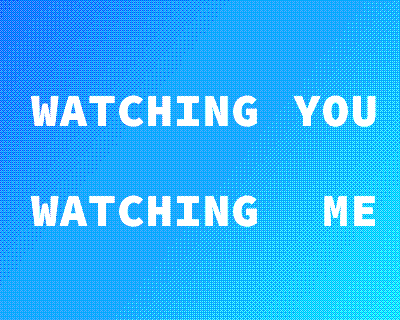 For a long time now, I have been skeptical of the benefits of visibility or at the very least I have been leery about the personal costs of being visible as a trans person. When I talk about this hestiance, (non-trans) people tend to assume it is because of lingering feelings of gender dysphoria or failure, that in being visible I am exposing my flaws. While I would be lying if I said I was totally happy with my gender presentation, this doesn’t really get to the heart of the matter.

What really pains me about being visible as a trans person is seeing the version of me that non-trans people create in their mind, the narratives and cultural ideas that cling to their mental picture of me. In some cases, I have watched this happen in real time as a person I have known for a while finds out I am trans, usually because of a joke or anecdote I tell or because they ask about my work. I have watched as a fog of pity, or curiousity, or repulsion descends upon them. Suddenly, I am no longer the me they knew but instead a chimeric amalgamation of the person in front of them and their preconceptions about trans people.

Watching you watching me.

Watching you unsee me.

Watching you tokenize me.

So, while visibility may be in some contexts politically useful or expedient, I will remain leery. Hesitant to show myself not because of shame or fear but because sometimes it’s unbearable to watch you watch me.